Istiklal Street, the heart of Istanbul 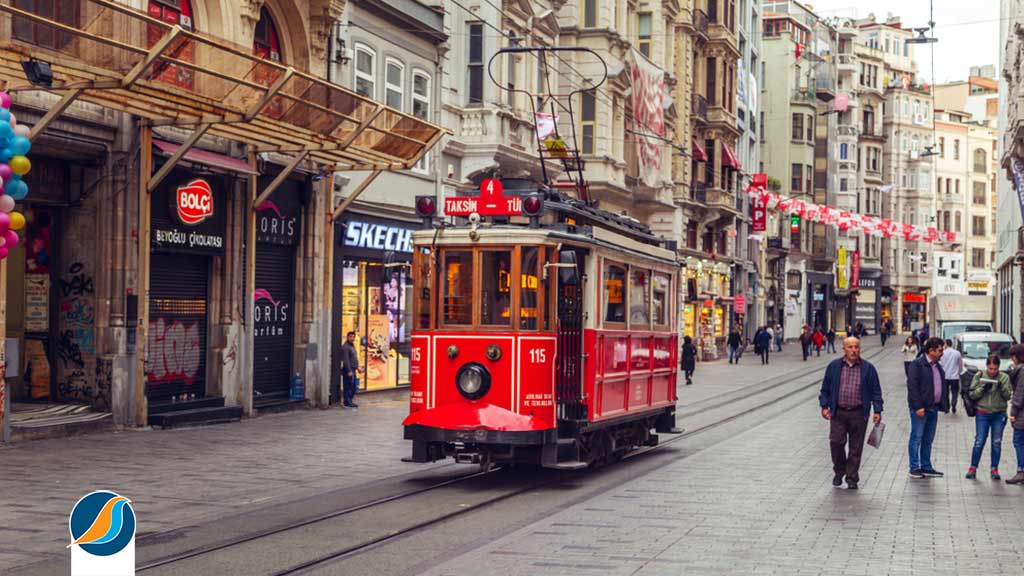 Istiklal Street | Get to know the beating heart of Istanbul. Be with Nila.

Many of us, when we talk about Istanbul, often remember the excitement that reigns in this city, which is why it attracts a large number of tourists from all over the world every year.

This street is about 1.4 km and is naturally great for walking and sightseeing, this street is full of tourist and shopping attractions.
Of course, the attractions of Istiklal Street do not go to shopping malls, and there is entertainment and cultural monuments on this street as much as you want.

Istiklal Street is one of the busiest streets in Istanbul, which is visited by thousands of people every day. Hundreds of spectacular and colorful shops, restaurants and cafes with a traditional and modern atmosphere are located in this street, which are worth visiting. .

While walking, in addition to street musicians, the aroma of cafes and traditional food and authentic kebabs leave you intoxicated, and this has made this street one of the liveliest streets in Istanbul, although it is worth mentioning that this street is still Both old and red trams pass by you and create an interesting feeling for you. 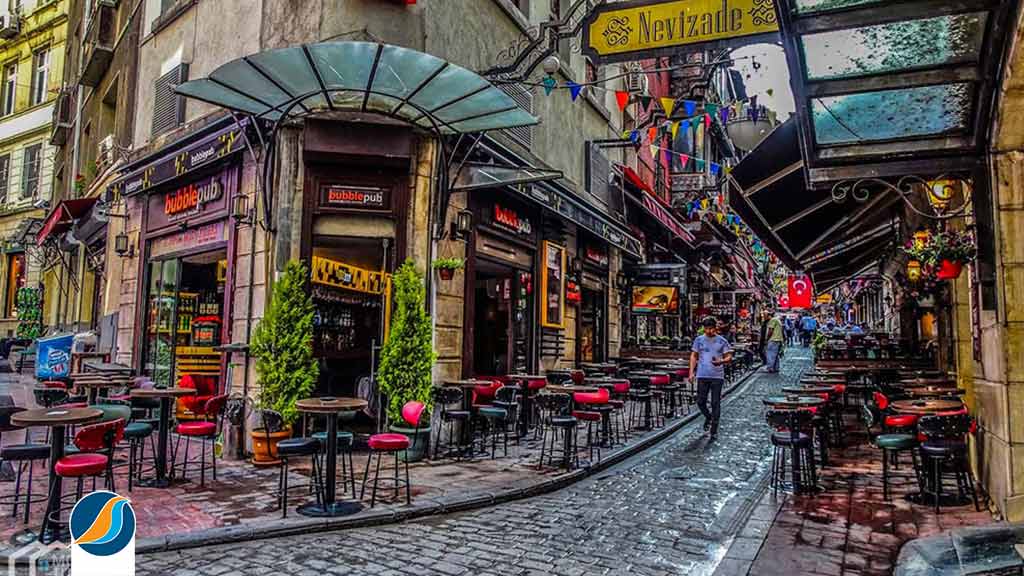 Some of the buildings on this street date back to Ottoman times, in the past a large number of intellectuals and famous people lived on this street.

History and originality of Istiklal Street

As we have said, Istiklal dates back to the Ottoman era. After the war of 1923, this street was renamed Istiklal. With millions of dollars, this street has become one of the most beautiful and touristic streets.

Do not miss the famous Istiklal Church!

The presence of St. Anthony’s Church, one of the largest churches in Istanbul on Istiklal Street, attracts many tourists. In this church you can see statues of Christ and the apostles. Be aware that filming is not allowed inside the church, but you can take pictures.

This street has everything from cozy cafes to restaurants with appetizing showcases that take your mind off it and all kinds of delicious food that you must try. If you are looking for Zara, Mango, Adidas and Nike dealerships, Istiklal Street is the best option. 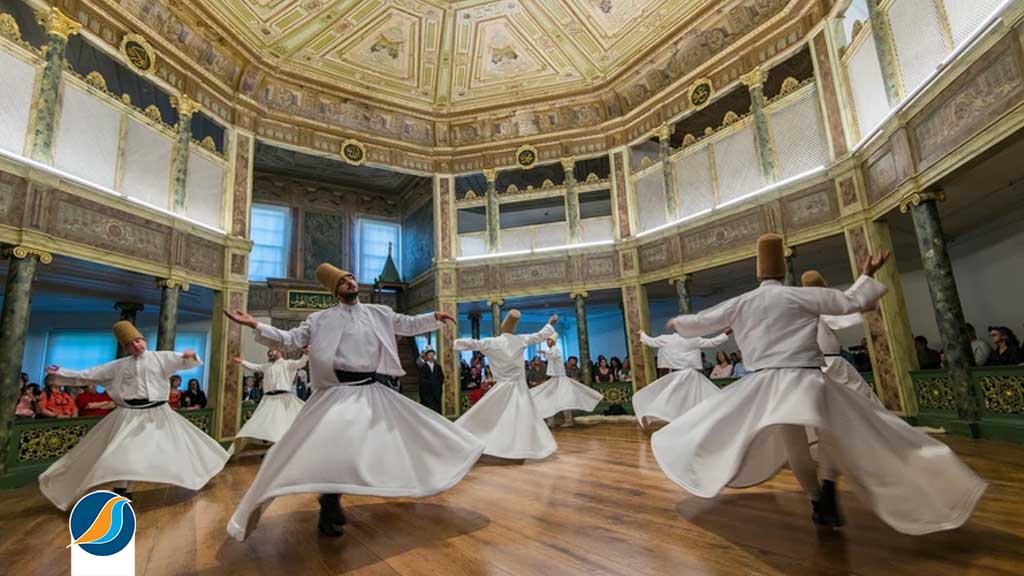 In the back alleys of Istiklal Street, we see small and large art galleries that are increasing in number and number of buyers and visitors, for example, the Pra Art Gallery, which houses one of the most expensive paintings in Turkey.

In addition to the famous painting galleries and museums on Istiklal Street, it is interesting to know that one of the branches of the famous Madame Tussauds Museum is also located on this street, here you can take souvenir photos with wax sculptures of Turkish and international celebrities.

This museum has been used as a symbol of Rumi’s lovers in the past, which is known as the Rumi House Museum. This museum is one of the most famous museums of Istanbul dervishes, where you can see the old clothes and books of Rumi’s time.

In addition, in the Dervishes Museum, according to the specific schedule and hours, the Dervishes’ Sama dance is performed, which you can buy a ticket to watch this beautiful dance. 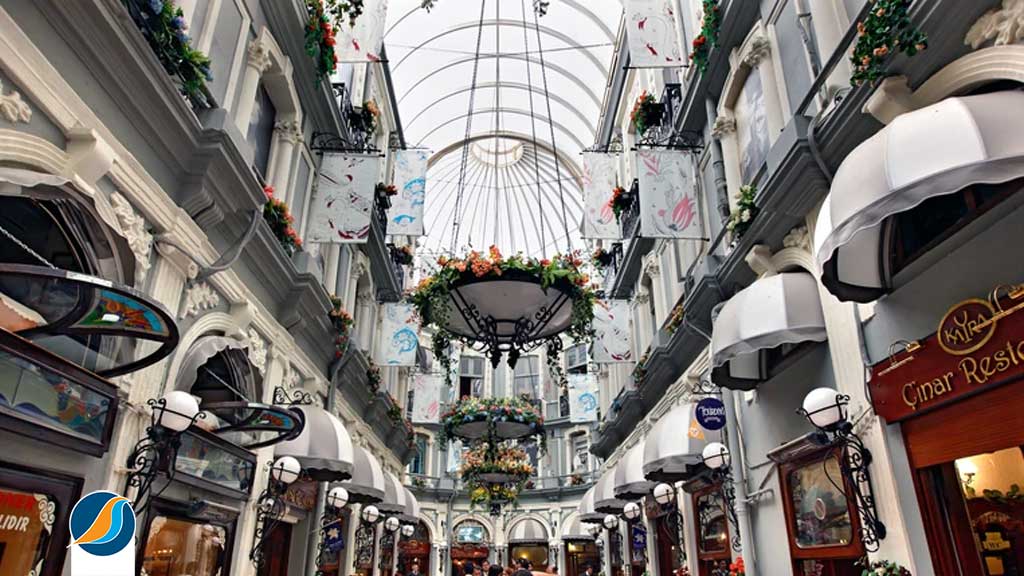 There is an old and beautiful passage on Istiklal Street where Russian women who were exiled to Turkey used to sell flowers, which is why the passage became known as Çiçek (flower in Turkish). It is not and its shops have been turned into restaurants. Restaurants with authentic Turkish, seafood and international cuisine with live music, which can be a memorable memory of Istanbul and Istiklal Street.

Alley of Islands and Francis

One of the attractions ofIstiklal is Jazar and Francis Street, which is full of colorful cafes and restaurants with live music and young Turkish singers entertaining their guests. If you come to Esteghlal Street, be sure to look at the alley of islands, which is not without grace.